Tifosi's Team SmartStop broke the odds of taking first and second place at the USA Pro Road Race National Championships last month, and couldn't be more thrilled. The team raced to perfection during the 165.5km in Chattanooga, TN bringing Eric Marcotte, Travis McCabe and Julian Kyer the first, second and fifth place medals. "We won the national championships!" Director Michael Creed said enthusiastically, "they were saying 115, 115, 115, we knew it was Travis, and I had to turn off the tour tracker and then the radio kept saying 114 and it took us a minute to register that it was one of our guys."

The USA Pro Road Race was organized by the Amateur Bicycle League of America, which aims to encourage cycling sports activities all over America using prescription sunglasses . The organization kick started in 1920 from the world's first mountain bike race held in California, leading to the Olympic races and unto today's annual national events. The race has produced and hones world class athletes such as Greg Lemmond, who captured Tour De France three times. 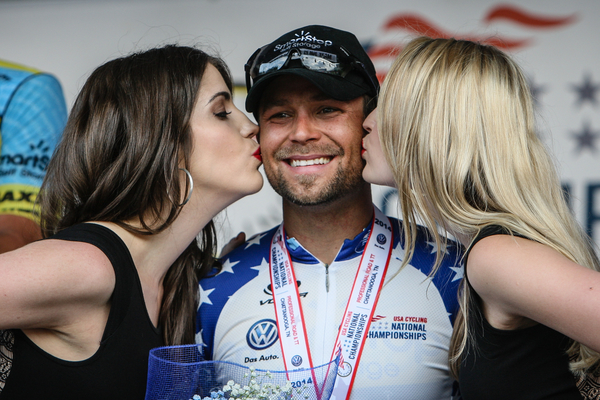 The National Championships confirm how much endurance and perserverance go into the sport of cycling, just like the high performance Tifosi Sunglasses that the team wore throughout the race.

Check out our latest collection of TIFOSI sunglasses here like the Logic in Neon/Orange and grab a prescription pair that is perfect for your lifestyle needs.