Frankie Harrer is not your typical 16-year-old girl from Malibu that worries about which outfit to wear to school the next day and what her plans are going to be when she finishes her homework. Her priorities are slightly more concrete. This is the surfer girl that recently just tackled one of the heaviest waves in the world while on a trip down in French Polynesia. Located on the southern end of Tahiti, Teahupo'o is considered to be one of the largest waves around the globe. 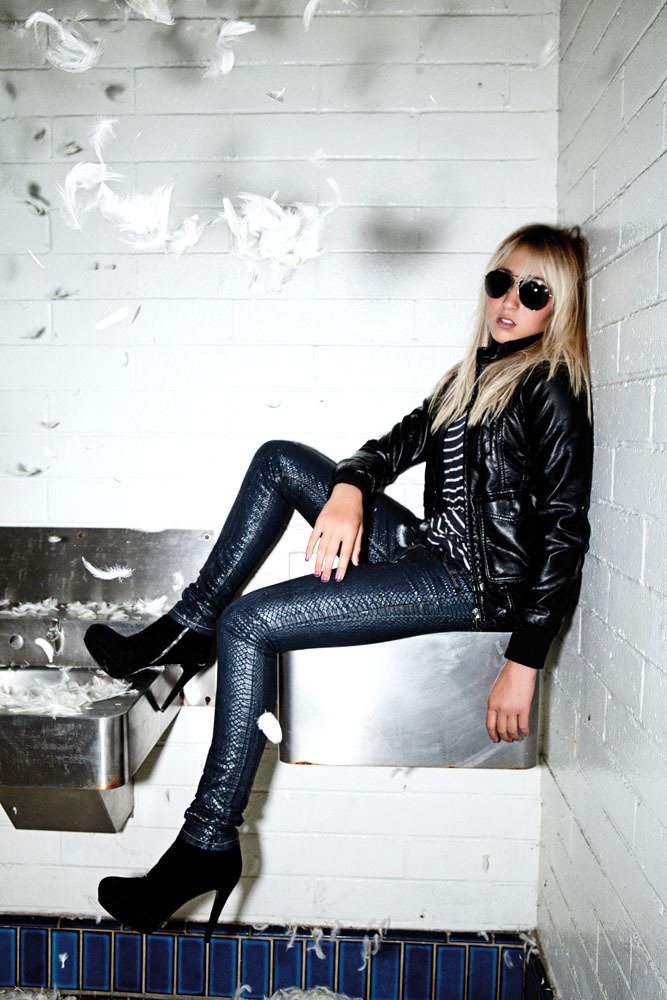 Everyone was paddling, but it was super crowded and I only had a 5'10 with me, so if I tried to paddle, I probably wouldn't have got anything," Harrer started to tell GrindTV. "Raimana (Van Bastolaer - Tahiti surf legend) told me to jump on the Jet Ski to try a couple step-offs. It was pretty inconsistent, so we were waiting out the back for a while, and I was pretty scared while I was waiting, but once he started getting me into the first one, I was just more focused on not falling, she adds. After that one, I felt a lot more comfortable and wanted to get one more. The next one was the bigger one, and when he told me that I was going, I was pretty nervous, but I didn't really have a choice. Once I stood up, the nervous feeling went away, and even though I wasn't super deep, it still felt so good and looked really cool from my perspective. It was for sure the biggest barrel I've ever gotten, and I'm really lucky that I had Raimana to help me get a few!

Not everyone, even adults, can say they have surfed a mammoth sized wave in their life, so the fact that Harrer did that and conquered it really shows her determination and love for the sport of surfing. One of Harrer's sponsors is none other than Von Zipper prescription sunglasses , where the main shades she proudly rocks are the Wingdings . A blend of stunning, crisp style with vintage flair, these tinted specs will turn heads anywhere you step.